SSR and Server Only Modules

Recently there was an interesting discussion about Next.js's performance on Twitter. 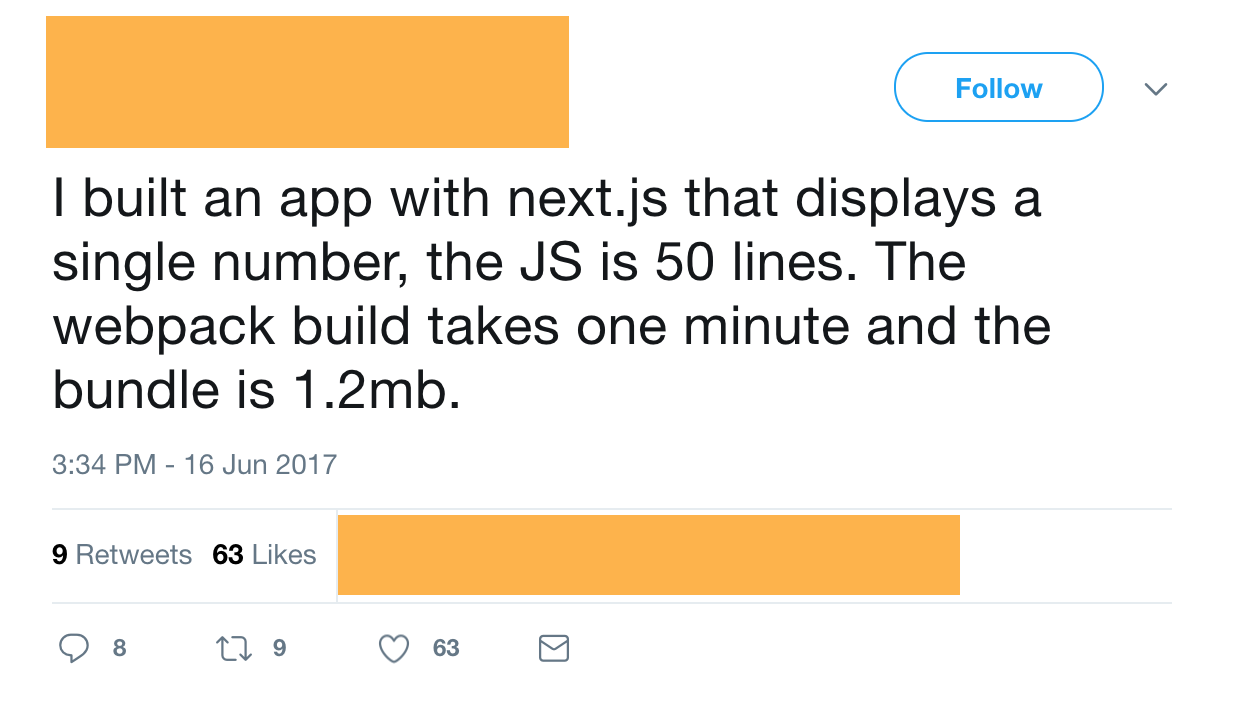 Screenshot of the tweet without the author info.
Basically, it took about a minute to build the app with next build and the resulting app's bundle was around 1.2 MB.
Technically, this is impossible for a simple hello world Next.js app. Here is what a simple hello world app looks like. 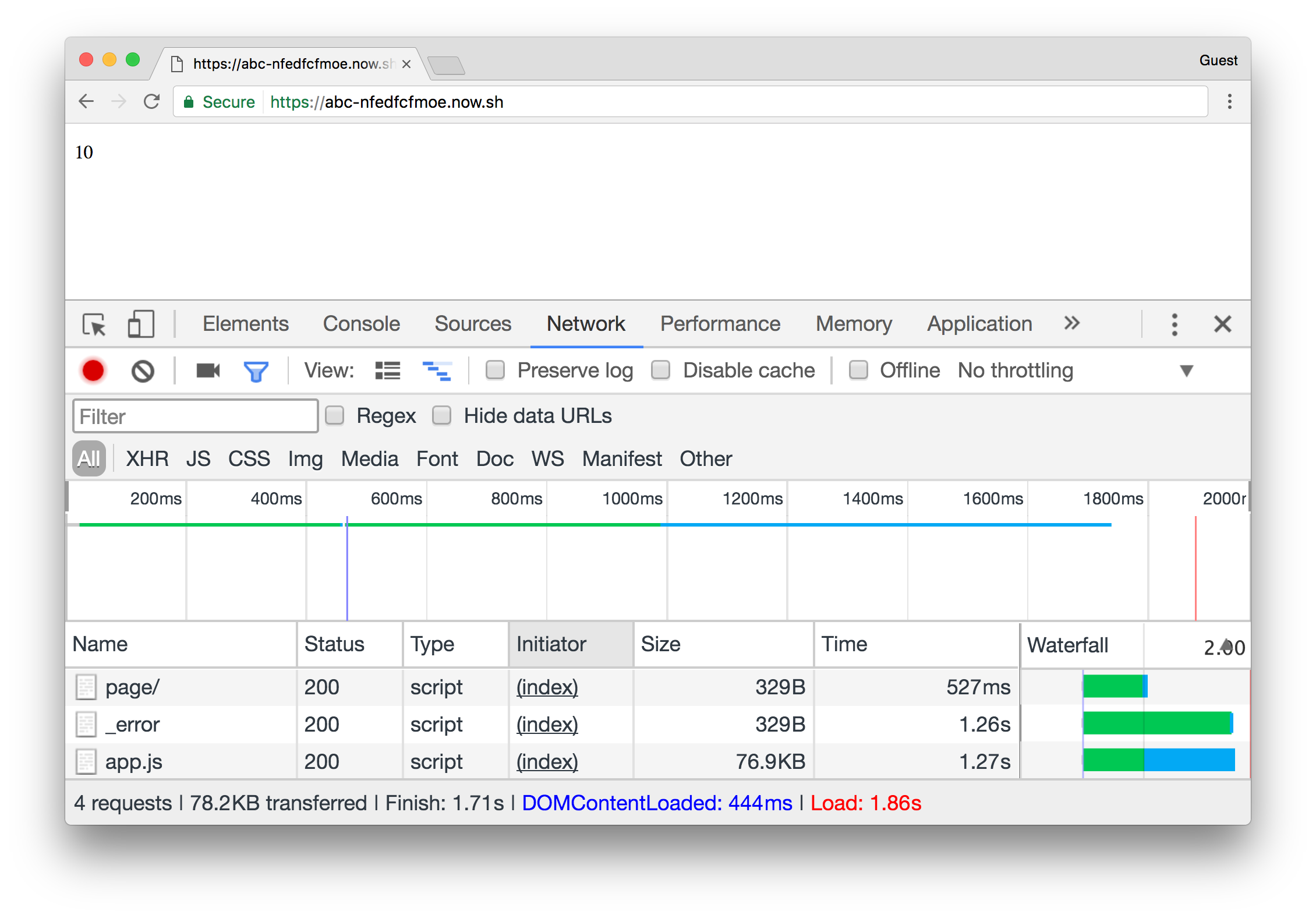 A simple Next.js app only contains less than 100 KB of content.
Apparently, the mentioned app was using a server-only module which caused the issue. That module was only meant to run inside the server, but webpack bundled it.

Who is to blame?

Actually, this the wrong question. The question should be the following:
How can we prevent this?
Before we answer this question, I need to talk a bit more about some basics.

SSR is pretty interesting and it runs your client side code in the server. Usually, most of the NPM modules we use could work in both environments.
But sometimes, we need to import some NPM modules only to run inside the server.
For an example, when fetching data in a Next.js app we might use a server only module to fetch data.
Have a look at the following code:
In the above example, our intention is to use faker module only in the server.
But webpack includes faker module in client side as well. So, the app's bundle size increases and it takes more time to build.

Frankly, there's no simple way to identify this issue. You need to use a webpack analyzer to visualize what's inside your bundle.
Here's a sample Next.js app which comes with a webpack analyzer.
Download the app and run the following command:
Then it will open a HTML page in the browser and it'll look like this: 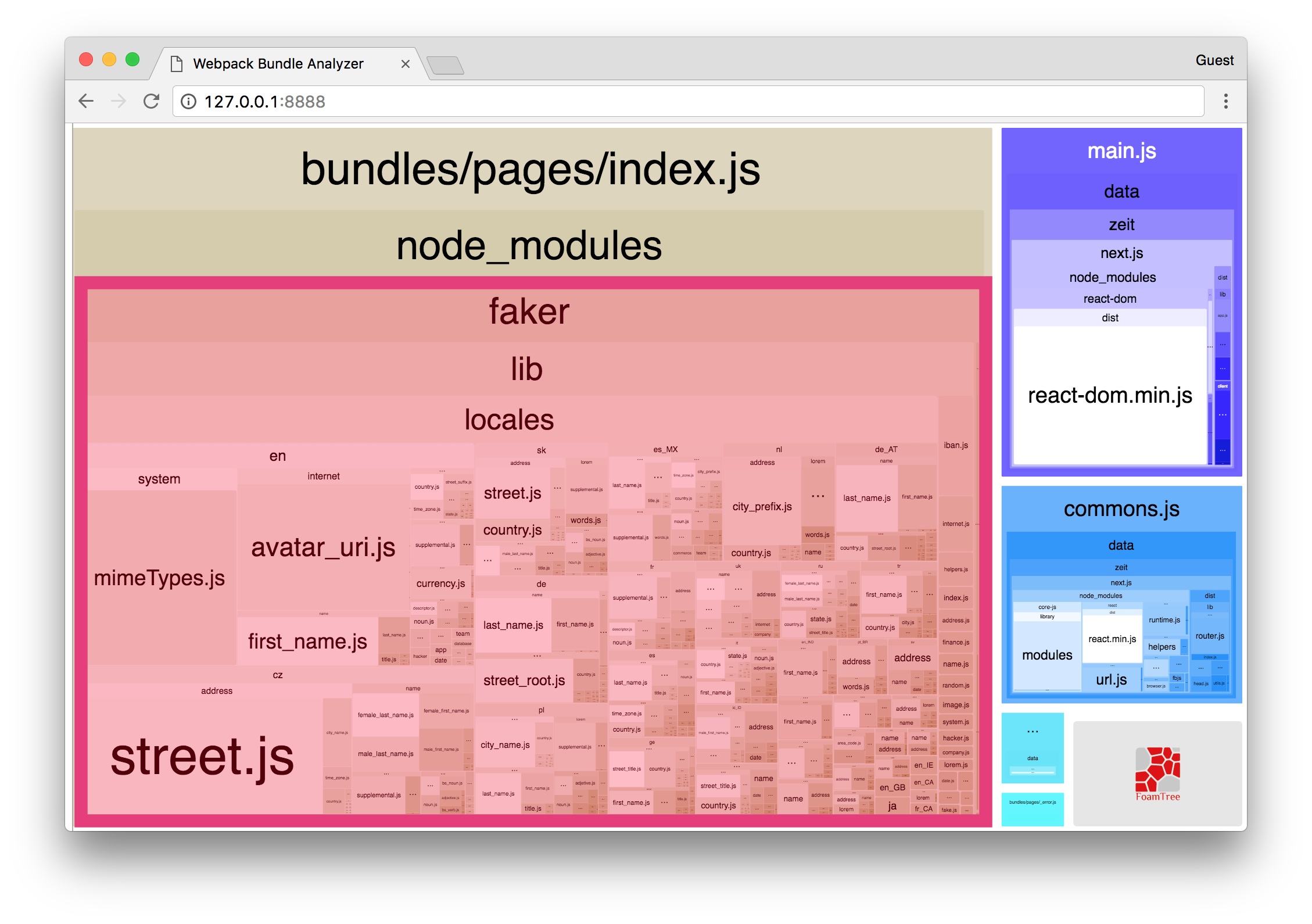 How to fix it

After you've identified the issue, it's pretty easy to fix it. There are few ways to do this.

You can require the module inside eval as mentioned below:
Webpack can't statically analyze what's inside eval. So it won't bundle the faker module.

Webpack also has a plugin where you can ignore modules. Here's how to use it.
Create a file called next.config.js in your Next.js app and add the webpack IgnorePlugin.

If you are using webpack directly, just use the plugin directly.

3. Using the "browser" field of the "package.json"

Additionally you can use webpack's resolve.alias to map faker into an empty module.

Lack of tools and awareness

This is a problem we face not only with Next.js, but with any SSR enabled app (including PWAs). Normally, most of the developers are not aware of this issue.
So we need some better tooling to detect this problem other than manually inspecting the bundle.
It'd be great if we could build a webpack plugin to warn users if webpack sees a server-only module.

If you want to contribute to webpack, this would be a great start.